Published by Angela Sanchez on September 18, 2017

Start Your Career As A Storyboard Artist

If you’re thinking about starting a career as a Storyboard Artist, then read on. This guide contains helpful information such as educational requirements, resume-writing tips, median salaries and more.

Storyboard Artists are responsible for creating storyboards for many different forms of media. Whether the finished product will be a movie, television show, advertisement, cartoon, music video or video game, the work of the Storyboard Artist is an important first step in the creative process. Storyboard Artists can work in a home studio, a production studio or a standard office setting.

Besides having exceptional artistic abilities, Storyboard Artists must also be able to effectively collaborate with others and quickly grasp the main ideas behind a concept or pitch. 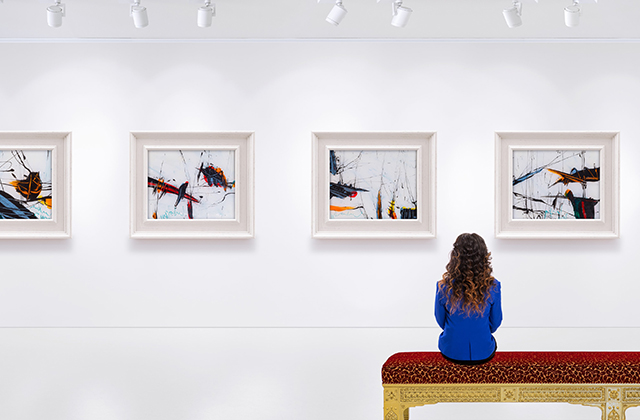 While a talent for sketching, drawing and painting is certainly crucial, it is also essential that Storyboard Artists are not only able to gain inspiration their own ideas but to artistically convey the ideas of others as well. If they cannot bring the vision of the producers and directors to life through art, then they will not be able to successfully do their job. And, since they may be expected to create storyboards either manually or digitally, Storyboard Artists also need to be able to work with various computer programs as well as with traditional drawing tools.

According to our analysis of online job postings, employers are generally looking for Storyboard Artists who have an undergraduate degree, preferably in animation, graphic design, fine arts or a related area of study.

Additionally, most employers require potential candidates to have at least one year of experience in the field. Besides seeking out entry-level positions, a great way to accomplish this is by landing an internship, which will allow you to grow your skill set while simultaneously getting real-world experience.

You may also want to take a storyboard-specific class or two outside of your university in order to gain multiple perspectives as well as demonstrate your commitment to prospective employers.

According to the Bureau of Labor Statistics, the demand for Multimedia Artists and Animators, which includes Storyboard Artists, is growing by 6 percent. This is expected to result in nearly 1,600 annual openings through 2024. The reason behind this increase is a growing need for animation and visual effects in various forms of media.

Before you begin your job search, you’ll need to have a resume that’s just as carefully composed as one of your drawings. Check out JobHero’s library of Storyboard Artist sample resumes for inspiration.

Next, conduct an online job search. However, before you start sending out applications, prepare a cover letter. A great cover letter can convey your work ethic, creativity, areas of expertise and personality to potential employers. Take a look at our sample cover letters for ideas and guidance.

What is the common career path for Storyboard Artists?

Generally storyboard artists’ final aim is to wind up in the film union and work on motion pictures [which] they get credited on. However, the majority of storyboard artists I know work on commercials, in the gaming industry and in animation. You’ll generally start seasonally, or per project, then once you’ve gotten your feet wet, move onto longer-term gigs.

What should someone consider before becoming a Storyboard Artist?

You need to be able to draw the human figure and different environments properly in perspective. It’s a job that requires accuracy and quickness. Unless you’re working on key frames, your pencils/inks will usually wind up being the finished product. You’ll need to study the fundamentals of how to tell a story, how to not “cross the line” of action, [how to] get a grasp on how the camera functions and what the limitations of film are.

You’ll also need a crash course on what shorthand to use so that directors/producers can decipher what you’re suggesting the camera does.

What type of person excels in this job?

What are some of the most important skills for Storyboard Artists to have?

Communication, verbal and visual. Being able to imagine dimensional sets in your head, then transfer it to paper. How to capture a quick likeness of certain actors. Costume illustration (a bit of this comes into play).

You’ll need to get some training in drawing and illustration.

What do you find to be the most rewarding aspect of being a Storyboard Artist?

Like most things in film, when something you boarded finally gets made, and you see it in action, and know your drawings contributed to the team effort of accomplishing it. Watching stuff you imagined [become] real is pretty wild. Also, working with a team can be exciting.

Depending on whether they are freelance, independent contractors or permanent employees of a company or studio, Storyboard Artists can be paid on either an hourly wage basis or an annual wage basis. According to the Bureau of Labor Statistics, the median hourly wage for Storyboard Artists is $30.76, with the lowest-paid earning $17.75 per hour and the highest-paid earning $54.62 per hour.

Storyboard Artists in the following ten states make the highest median hourly wage in the U.S.

We compiled this list of resources to help you keep exploring a career as a Storyboard Artist.

Professional Storyboard Artists – This group of over 2,400 members is a great way to learn more about your craft, connect with other professionals and discuss job opportunities.

DanPovenmire – Dan Povenmire is best known for his work on Family Guy, Phineas and Ferb, Hey Arnold! He frequently posts sketches and drawings from various points in his career.

leomatsuda99 – Leo Matsuda is best known for his work on Wreck-It Ralph, Big Hero 6, The Simpsons Movie and Zootopia. He posts sketches, updates on his work and insights into the world of the Disney story department.

It contains tips and advice on freelancing in the film, television and advertising industries.

Paper Dreams – This book provides a fascinating look at the history and art of Disney’s story department. It includes rare pre-production sketches from Disney’s earliest works, as well as features on prominent modern-day Storyboard Artists.